A forum for discusion, suggestions and information on any Snatcher-related material. Music, games, versions, differences and references.

Also the space for feedback regarding the section by MrRudi.
Post a reply
19 posts • Page 1 of 1

Before I begin, I want to introduce myself. I've been a fan of MGS since 2005, with MGS2 being my first and having to play all of the canonical games plus Portable Ops. Around last year, I've beaten both Snatcher and Policenauts, and I liked them even more. Some of you guys at TheSnakeSoup know me as DeadSoldier, though you probably don't care.

Now, there are reasons why I wanted to post this.

First, since you guys know about the little comic that was on the 1992 issue of Monthly Magazine PC Engine, "Snatcher Da!", or as you may want to call it, "It's Snatcher!" (if not, then go to this link: http://blog.hardcoregaming101.net/2011/ ... comic.html), there's an already English version of it on this site, but the translation didn't seem right, even though I never studied Japanese, and it didn't look very professional (sorry if I'm offending the original translator), so I decided to retranslate it by photoshopping the original comic (removing Japanese letters), various web translators, online OCRs (they only did a little bit of help) and some text editors of my choice (xPad for Mac, Notepad ++ for Windows) in Shift-JIS.

You can download it here: http://www.mediafire.com/?kjojuliwrfu6nbe (Edit: The download link is outdated; I'll upload the original later)

But here's the thing: Another reason why I've posted this is because of two things:
1) I want someone to proofread the txt file (there's an rtf file if you guys don't have Notepad ++). Since I'm not a pro at translation (hell, even my grammar sucks) and there's only one panel that hasn't been translated yet (Stage 4), there has to someone here that's a pro at Japanese translation or localisation. I also want to know what font the title used and what font do most comic book writers or manga translators use.
2) I have a PSD file for anyone who isn't English native that wants to translate. Having to blank out every single Japanese word was time-consuming, so you better know how to use Photoshop or any software that can edit PSD files.

Here's a comparison between the original Japanese comic and the retranslated version:

I know who you are, silly.

Anyway, I'm going to show you guys what I've done so far for page one, but it needs to be reviewed before it's complete.

Excellent job! Those were translated by Tim Rogers years ago... I think he made the images as well. If you need higher resolution scans or anything, let me know.
From the mathematical perspective, consciousness might be regarded as a second derivative of sensation.
-- Terrel Miedaner

Just me being my nit-pickey self, but I would suggest removing the "A" in "It's A Snatcher".
The two-syllable title would flow better, and it would keep the same refrence to Parodius.
(ie, "It's Snatcher" with the word "Snatcher" referring to the game and not to one of the Bioroids, in the same style of "It's Parodius" meaning Parodius is being presented and not that there's a Parodius somewhere around...)

This is a very great work !

Just one thing that looks a bit weird to me, although that's just a detail...
The titles of the stages. Well, they were originally written vertically, so that's why they may be difficult to put horizontally in a way that looks good I guess.

When I look at the title of Stage 3 for example, there's too much space between the words, I prefer what you've done with Stage 4, although it may be better if bigger or bolder.

That's just my opinion, I don't know if you guys will agree with me.

Also, can you tell us what fonts you ended up using ? This could be helpful to someone willing to do a translation to another language.

I used Whiz Bang for the dialog (except for the creep's, which the font used for him was Voodoo Doll), BadaBoomDD for the SFX, lazydog for the "Cri cri" (in the original, it was cicada cries, but I thought that cricket sounds fit the situation more), A.C.M.E Secret Agent for the boxes on the first panel, Helvetica for the stage titles (though MS Sans Serif could work for those without Helvetica), and Helvetica Rounded LT Std for the "It's Snatcher" title (again, you might need an alternative if you can't afford Helvetica fonts).

For the dialog, I was originally going to use one of these fonts: 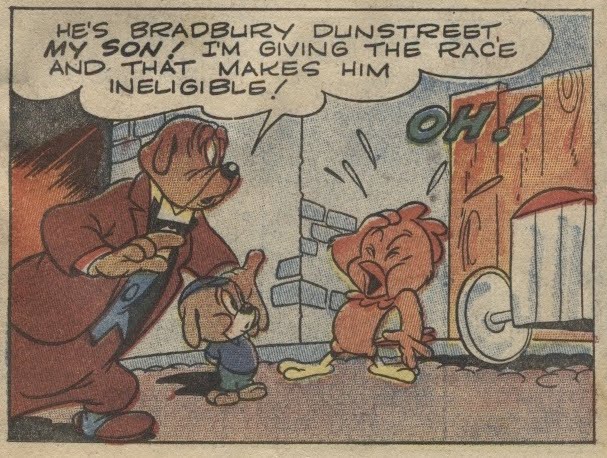 I wanted the translation to have that late-40s-to-early-60s comic strip feel, but I just couldn't find the right ones.

And as for the stage titles, Kryill's right. It DOES look weird. Kinda. I wanted them to align with the original text. I'm still new to this graphic design stuff.

The reason why I'm not going to display it here is because it's still not 100% complete. I still need someone to proofread the translation.

Update: I think I've found some mistakes. On the first panel, the three feathers of Mika's hat or whatever it is aren't covered up, and on the second page, the Snatcher's dialog needs to be centered. The rest -- though mostly grammar -- still need to be checked.

I think I'm done here. For those who want to translate It's Snatcher, I'll have the .PSD file up if requests are high.

Great job! Nice scans and a nice lettering job. Having made many comics in my day, good lettering is much harder than it looks.

Sorry for the late reply. It would've been better if I had those fonts that were used in those old funny comics instead of Whiz Bang. Oh well, it was the only free font that was very close.

Anyway, the purpose of this translation was to replace the original translation with a better version. But the funny thing about it is that I still think that I made a few errors on page 2 (i.e. Forgot to give credit to Project-Melancholia for the inspiration, "PST" was bolded, and a few pronunciation errors), but it's too minor to even be noticed.

In celebration of , I've redone the translation, so now I can say that it's done. The comic is pretty big, so you might wanna right-click (left-click if your mouse is set to left-handed) the image and view it on a different tab or window.

And as the result, I deleted the older translation since, well, they were pretty embarrassing to begin with.

Criticism is still welcome, because once again, I'm no translator, I used various online translators and I only know a little bit of Japanese.

Photobucket must've downscaled the comic then.

Can I host it at the webpage designed for that in Junker HQ? Feel free to say no.
From the mathematical perspective, consciousness might be regarded as a second derivative of sensation.
-- Terrel Miedaner

Saved it in my MediaFire and MEGA, just in case.
Holy shit I'm smoking in SPAAAACE! - AwesomeBrand

Artemio posted the translation up. http://junkerhq.net/Snatcher/pcemagimages.html

The images are big, so you better have a big ass monitor, otherwise right-clicking the images and click the "view image" option might save you from scrolling a lot.

Users browsing this forum: No registered users and 4 guests